Now, my #30by30 challenge is barely a month old and I’ve already hit a hitch. I’ve had to swap out one of my challenges.

In the summer I was sent a picture of a flyer for a group that knits items for the neonatal unit of a local hospital, and I had intended to join this group as part of my challenge. Unfortunately, when I called the number there was no answer. I have since heard from a friend that the flyer had such an overwhelming response that the phone number had to be disconnected.

I love knitting, crochet and other craft activities, but tend to mainly make things for myself or for friends, so I am still hoping to find a charitable project to unleash my knitting skills on (if you know of anything based in the Hampshire area please let me know). In case that doesn’t work out, however, I have come up with a replacement challenge.

I had toyed with the idea of putting ‘meet someone famous’ on the list in the first place, but thought it unlikely that I would get the opportunity. So seeing as I met some slightly famous people on Friday night I decided it would be remiss not to use this as my new challenge no 6.

A little over a year ago there was a series on BBC called The Naked Choir – a competition to find the UK’s best a cappella group, presented by Gareth Malone. I love anything a cappella and Gareth Malone has a great track record for uncovering talent so I knew this was worth a watch (his latest show The Choir: Gareth’s Best in Britain is not disappointing, either).

I quickly identified the group I hoped would win, and sure enough, they did! The Sons of Pitches are a midlands-based, all-male, six-piece group with brilliant technique and a great sense of humour. Since winning the competition, they have built up a fairly large YouTube fan base and are currently on their second UK tour. I persuaded some friends to tag along to their Basingstoke show on Friday night and it was easily one of the best gigs I’ve been to in my life, ranging from hilarious improvised songs about roundabouts and Philip Schofield (you had to be there) to simple emotive performances (their rendition of Wuthering Heights still gives me chills every time I hear it). Seriously, if you have the opportunity to see them live, it is definitely worth it.

The great thing about seeing a band at the start of their careers is that they are still small enough to be able to come out to meet the fans after the show. And as I had driven, my poor friends had to wait patiently while I said hello to each band member (and take photos for me).

So that’s probably enough fangirling for one week, but you really should check out their YouTube channel, or at least just watch this one video: 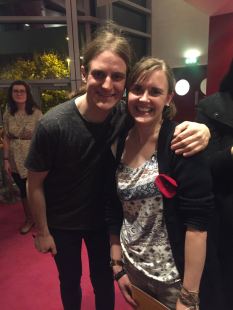 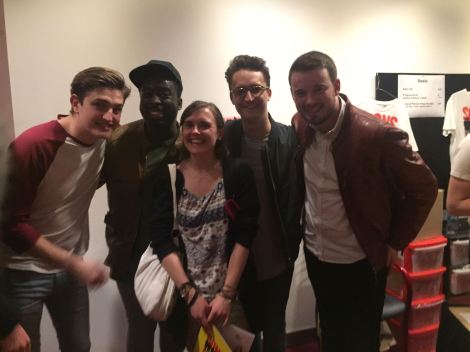