Psalm 3 gives us a spotlight on a really low point in David’s life. The story behind the Psalm is in 2 Samuel 15, though the scene is set four chapters earlier when David sins by committing adultery and murder (chapter 11), and God makes it clear there are going to be consequences (chapter 12) – lesson 1: whenever we go against God’s ways, even though He forgives us in His mercy, there will always be repercussions to our actions.

The first consequence is that the child born from the affair dies, but things soon get worse for David. In chapter 13, when one of David’s sons, Amnon, rapes his half-sister Tamar. David is angry about this (verse 21) but doesn’t do anything about it, so Tamar’s brother Absalom takes matters into his own hands, and kills Amnon, and then flees. Eventually David is persuaded to let Absalom return to Jerusalem, who appears to make peace with his father (chapter 14).

But Absalom soon starts to undermine his father’s rule and eventually leads a power coup, and David is forced to flee, and this is the situation in which David writes this Psalm.

I can’t imagine what it must have felt like for David to be betrayed by his own son, particularly knowing that in some way it was a result of bad choices he had made. His response in this Psalm, however, is so challenging to me as he turns to God in his anguish but not in anger. He repeatedly refers to God as LORD, using God’s covenant name (Yahweh) that emphasises God’s goodness.

When his enemies are trying to tell him that God has left him, David calls out to God for protection, because he knows that the LORD has always responded in the past to his cries for help (v4) He was able to rest, despite everything, because God sustained him. He develops this idea into hope for the future, he knows that God has helped him, so he has no need to fear, however many enemies he is facing, because God has answered him whenever he called. He calls out to God, trusting Him for justice to be done to his enemies.

Often those without faith can try to talk us out of ours. We need to always remember what God has done for us in the past, as this knowledge will sustain us and help us to keep trusting Him for our present and our future. God is faithful and will answer when we call to Him. He is the source of justice and salvation.

David’s story is at times victorious and at times heartbreaking, for me this is one of the saddest chapters in his life. His failures as a father and the consequences of his actions make for difficult reading, and remind us that while we can learn a lot from Biblical characters we must remember that they were human and usually screwed up pretty badly at times (apart from Jesus, who, being fully God as well as fully human, was awesome and is literally the perfect role model). But this is a great lesson for us too – David, despite all his screw-ups, is still referred to as being ‘a man after God’s own heart’. What we see throughout the Psalms is that whatever happens in his life, good or bad, David is constantly turning to God, whether in anguish or in praise, or sometimes both. Life is messy, often as a result of our own actions, and we need to learn from David to take all our mess to a loving and powerful LORD and God who will always answer when we call to Him. 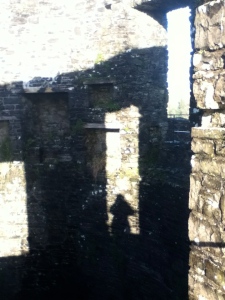